CSDW is Getting Ready to ACTIVATE

WE’RE TEAMING UP WITH GLOBAL CITIZEN AND NATIONAL GEOGRAPHIC

Coming this Fall, P&G, Global Citizen and National Geographic will be bringing audiences around the world a six-episode documentary series that raises awareness about extreme poverty, inequality and sustainability. CSDW will be featured in the final episode that will air on October 10.

The series premieres September 5 and each hour episode will dive into the the root causes of extreme poverty and highlight a specific Global Citizen campaign. Celebrity activists like Uzo Aduba, Hugh Jackman, Common, Gayle King, Usher, Pharrell Williams and Rachel Brosnahan and others from around the world will be learning about and taking actions on sustainable sourcing, racial bias, disaster relief, girls’ education, plastic waste and clean drinking water.

National Geographic crews have traveled the world to bring exclusive footage from South Africa, Mexico, the Philippines, the U.S., Nigeria and Peru to tell these compelling stories. The hope is that sharing the stories of those affected by these issues and what we can all do to help inspire more people to take action. 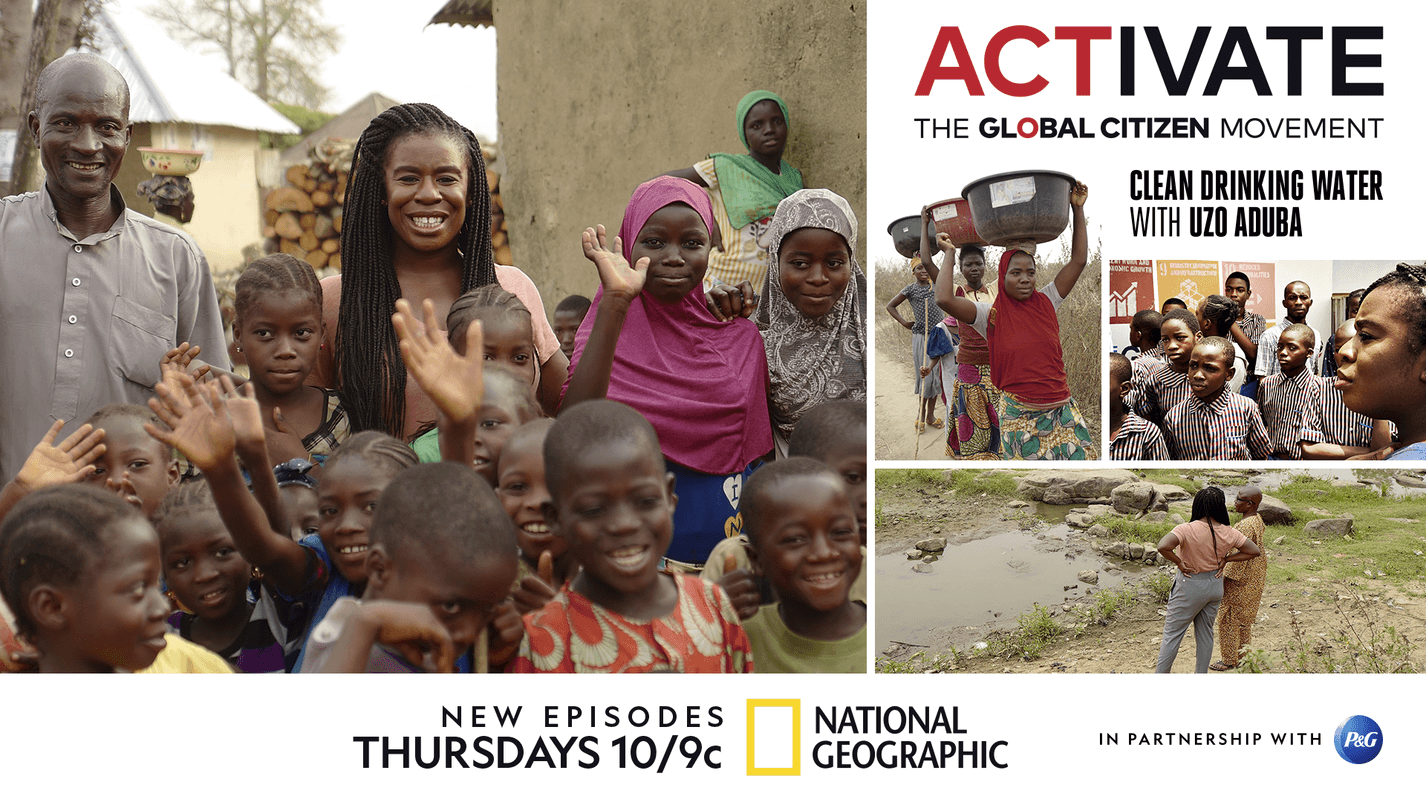 In the CSDW episode, Uzo explores the effects of drinking contaminated water in Nigerian villages which is also a problem for nearly a billion people in developing countries. This episode looks at solutions being implemented around the world including the P&G packets and the Global Citizen campaign calling on Nigerian governors to commit to investing in clean water and sanitation infrastructure in their states.

After bringing more than 15 billion liters of clean water to children and families since 2004, there is still much work to be done, collaborating with our partners to drive change and help more communities thrive.

Be sure to mark your calendars starting September 5 every Thursday to see how ACTIVATE dares everyone to change the world. Don’t miss the final episode featuring CSDW on October 10. Be ready to be inspired!