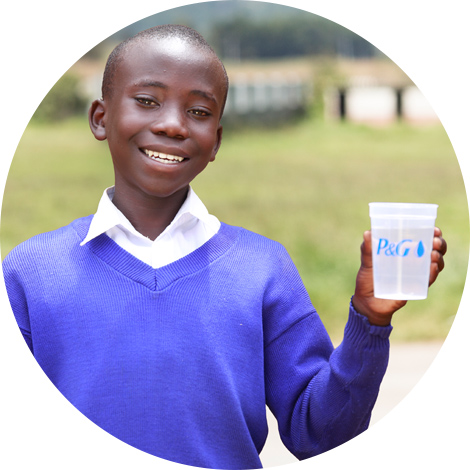 Boniface is an energetic 13-year-old boy who attends Gobei Primary School, located in Bondo, a rural region near Kenya's Lake Victoria. As a leader in his school and community, Boniface was elected chairperson of Gobei Primary School's health club, which educates students on using the purifying packets, hand washing and general hygiene. Because of the Purifier of Water packets, he and his classmates have experienced first-hand the power of clean drinking water, which helps to eliminate illness and missed school days, giving the students more time to focus on their education. 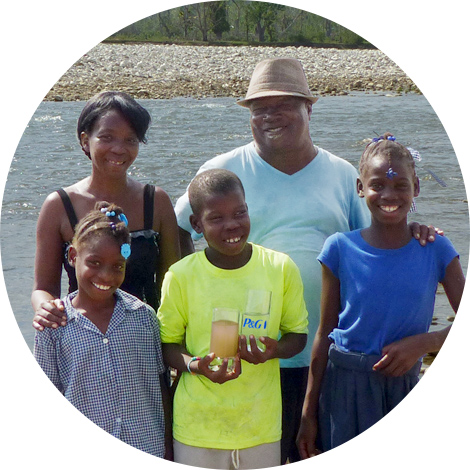 Ester and Jean's family live in Torbeck, in the Sud province of Haiti. Esther and Jean have two daughters, Priscilla and Abigail, and one son Pierre Louis. In 2016, Hurricane Matthew caused widespread devastation in Haiti, destroying homes and anything in its path. Before the storm, the family was using a well as their primary source for water. After the storm, the water was contaminated but the whole community continued to use it as there was no alternative. People started to become ill from waterborne diseases, and Jean was fearful that her children were going to get sick. After the distribution of P&G packets and training on how to use them, Jean and her family felt safe. Today, her children are back in school and the community is working to restore the water quality of their permanent water sources. 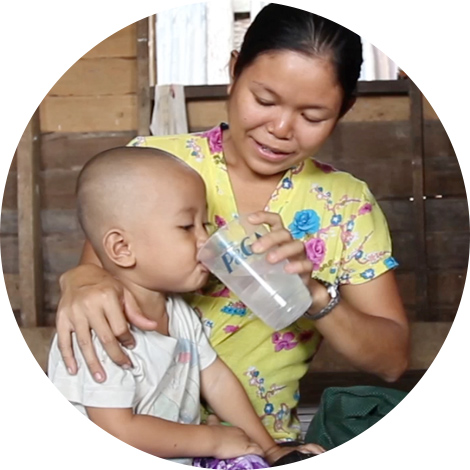 Naw Phaw, her husband Peter and their son live in the Gway Tauk Chaung village in Myanmar. It is a village of 100 households, all of which have been using the P&G Purifier of Water packets through P&G's partnership with World Vision. P&G packets have been particularly effective in Myanmar, which is prone to natural disasters including floods, cyclones, droughts and earthquakes. In 2008, in the aftermath of Cyclone Nargis, Myanmar experienced a severe shortage of clean drinking water, and P&G was able to help provide the purifier of water to the Myanmar community where Naw Phaw lives. 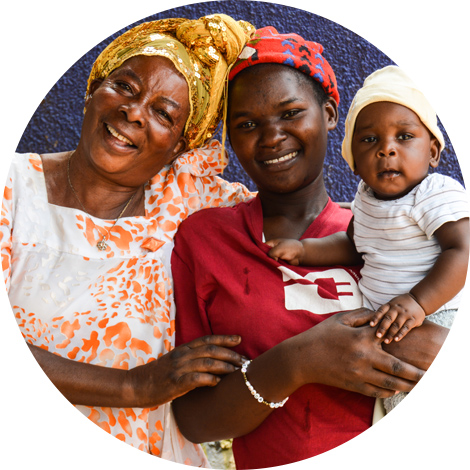 Mariam is a 58-year old mother of three, grandmother to five, and a great grandmother to one. She lives in a poor and densely-populated area of Namuwongo. Her family accesses water from a nearby well that is severely contaminated and is a threat to the community's health, especially the youngest children and those living with compromised immune systems. Through the partnership between P&G and Alive Medical Services (AMS), Mariam has been a dedicated user of the P&G Purifier of Water packets since 2010. Prior to the P&G Purifier of Water packets, her family suffered from various waterborne diseases that became too costly to treat. Now, Mariam has managed to keep her family healthy and save money. She has become an inspiring advocate for the CSDW Program, choosing to educate her local community on the benefits of clean water. 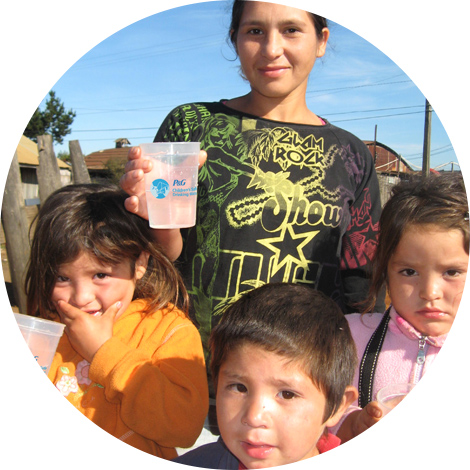 ROSA B. AND FAMILY

Rosa, a 28-year-old mother of four, has five-year-old twin girls, Lissette and Constanza, and two young boys, Herman and Francisco. Rosa and her family survived the devastating 8.8 Richter scale earthquake that hit Chile on February 27, 2010. Rosa and her family had waterborne illnesses following the earthquake and said the P&G packets were easy to use and helped them get back their health. Rosa and her children continue to share the power of clean drinking water with fellow villagers and remember the powerful role clean water played in helping to rebuild the economy after a natural disaster. 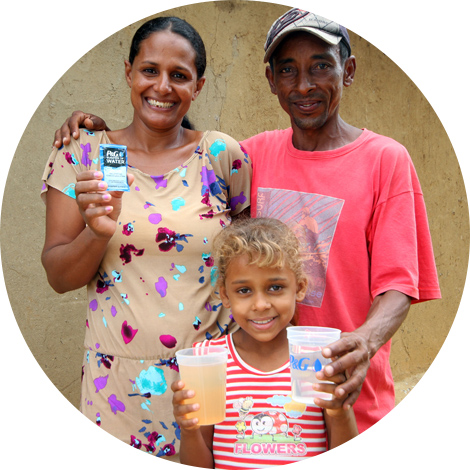 Claudia and Gilberto have four children and live near the community of Araçuai. Living in the dry, dusty rural south-eastern region of Brazil, the family has been drinking water from the only source they have: a contaminated river nearby. The river has caused their family and other community members to contract diseases. Claudia and Gilberto’s family received the P&G Purifier of Water packets through P&G’s partnership with ChildFund. Grateful to have received the packets, Claudia understands the impact the power of clean water can have on her family’s health and believes, “with everyone healthy in the family, we can achieve everything else.” 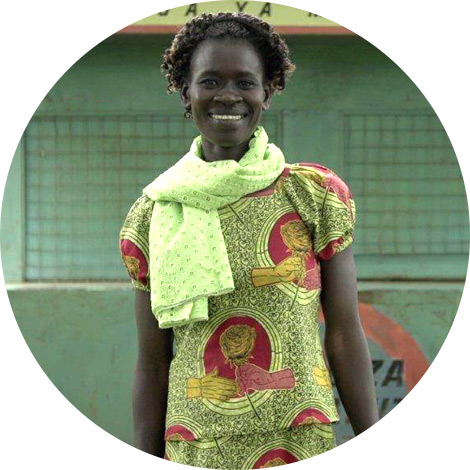 Rose lives in a semi-urban area in Kisumu County in Western Kenya with her husband and two teenage children. She uses the power of clean with P&G’s Purifier of Water packets to improve her family’s health and overall quality of life, despite the obstacles that she faces on a daily basis living HIV positive. In the past, Rose used the river water to wash her dishes and source her drinking water, which is shared with the local wildlife that contaminate the water. Rose, her husband Sam, and their children have been using the P&G Purifier of Water packets for nine years to clean their drinking water. The packets have significantly improved their quality of life by helping to avoid waterborne illnesses, of which she and her husband, who is also HIV positive, are particularly susceptible.